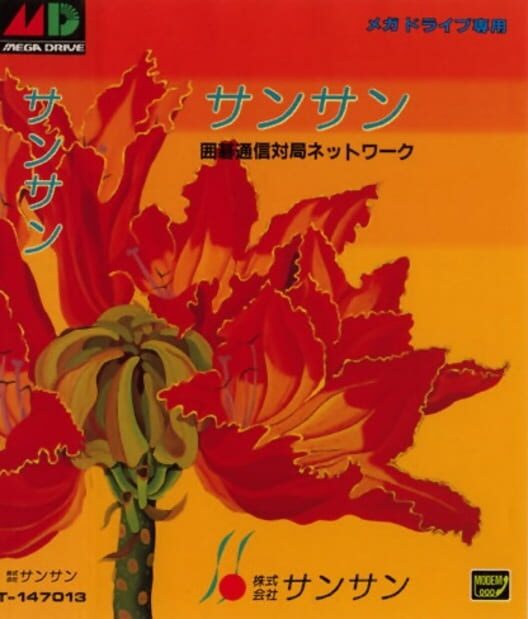 Sansan (サンサン) is an online service allowing people living in Japan to play the abstract strategy board game Go with other subscribers over the internet on a Windows PC. However, at its launch in 1994, a version for the Sega Mega Drive was also made available. This version of the game allows players who have a Sega Mega Modem to connect over a 33.3kbps or ISDN line to play other members who have a Sansan ID. However, as of 2011, there are no known Mega Drive-compatible Sansan servers. A local two-player version of the game is also included for play.

For whatever reason, the Mega Drive version did not last very long — it is one of the rarest and most sought-after Mega Drive games; Sega of Japan's official archive doesn't list it (despite Sansan Co., Ltd. having T-series code T-147) and a ROM was not dumped until February 2011. The Windows PC version of the service continues to this day.