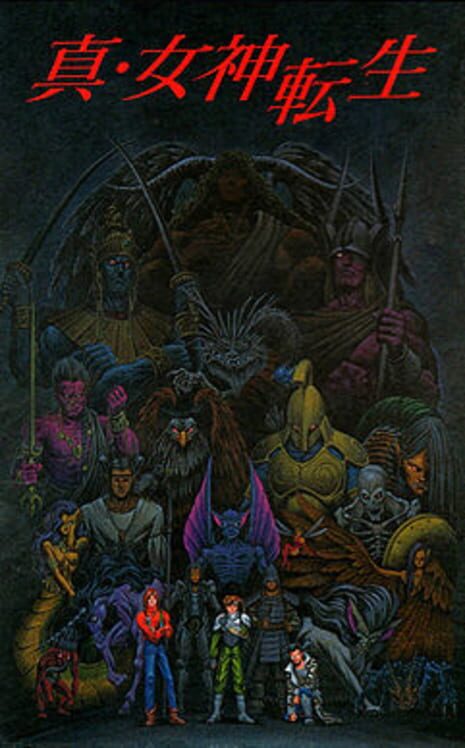 The story follows a nameless protagonist who lives in near-future Tokyo. When a portal to the realm of demons is opened, United States officials order a nuclear attack on Tokyo. Transported with two other supporting characters thirty years into the future, the protagonist finds the Earth ruined by a demon invasion, which is now the stage for an escalating conflict between the Order of Messiah and the Ring of Gaea, conflicting cults who wish to bring about kingdoms for their respective patron deities (YHVH and Lucifer). The story is influenced by moral decisions the protagonist makes, aligning him either with the Order, the Ring of Gaea, or setting him up as an independent agent.

The gameplay uses first-person navigation of dungeons and turn-based battles against demons. The player can recruit demons as allies by talking to them rather than fighting them, and two to three demons can be fused to create new demons.