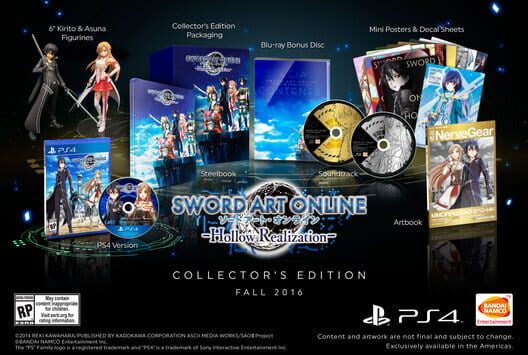 In Hollow Realization, players will assume the role of series protagonist Kirito as he enters an open-world named Ainground. The game is being produced in partnership with Reki Kawahara, the creator of the Sword Art Online series.

Hollow Realization will feature a brand new battle system, with a party of four players able to use sword skills and work together to chain attacks. New monsters will also be introduced in this game, and an online multiplayer mode has been confirmed. Characters Asuna, Leafa, Sinon, Lisbeth, and Silica will appear in the game.

The PlayStation 4 collector's edition of Sword Art Online: Hollow Realization for the Americas will include exclusive Kirito and Asuna figurines, each one standing at six inches tall. This collector's edition will also include a custom steelbook case, two-disc soundtrack, blu-ray bonus disc containing "special contents", mini-posters, decal sheets, art book, and a copy of the game.

In Europe, people who pick up the Sword Art Online: Hollow Realization Collector’s Edition will receive a PlayStation 4 copy of the game, 17cm (6.7”) tall Kirito and Asuna figures, and a collector box to store everything. 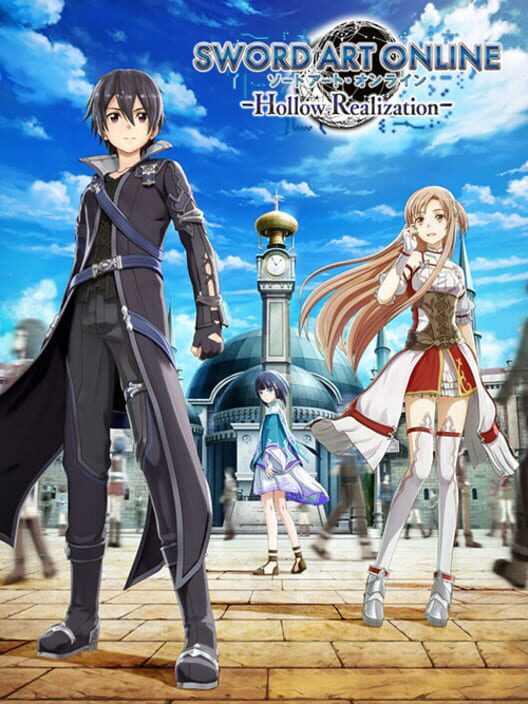