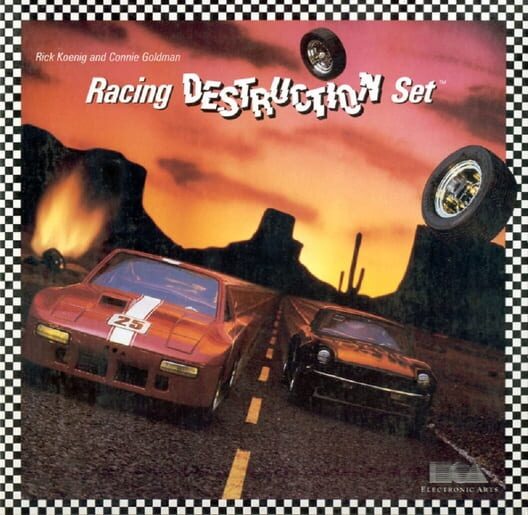 An isometric racing game that sets itself apart by the large number of customizable options.

The game comes with 50 built-in tracks, and the intuitive editor makes for infinite variety of races. Modify the existing ones or create one yourself. Set up sharp curves, crossovers, jumps (set the height), track width and more. Then set the track width and choose either ice, dirt or pavement for the surface. As if it weren't enough, gravity can also be modified, from a Moon-like low to a crushing Jupiter-like high that will keep your car glued to the ground, even after a jump.

Once the track is laid out, race in either a beat up VW Beetle, a stock car, a dirt bike, a Porsche and even a Lunar Rover. Each car has it's own characteristics and you can also choose tires and engine sizes, according to the track you're about to race in. Also, equip your cars with land mines or oil slicks to make the race more interesting.

The game allows single-player against a computer opponent, or a two-player race, both in split-screen form.