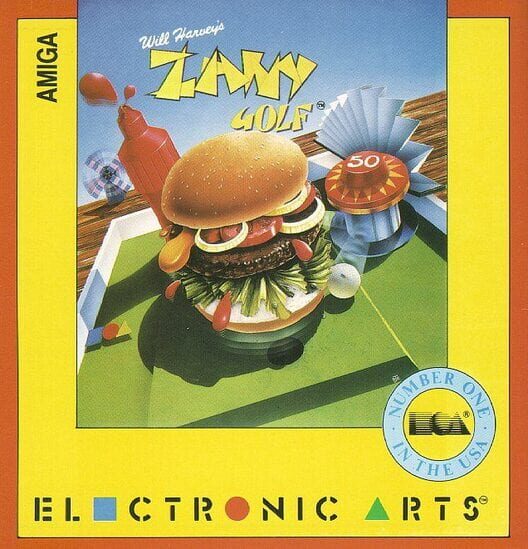 Zany Golf, also known as Will Harvey's Zany Golf, is a video game with a fantasy take on miniature golf, developed by Sandcastle Productions and published by Electronic Arts. The game was originally developed in 1988 for the Apple IIGS and became the first Apple IIGS game to attract the mainstream gaming market and be ported to other platforms. It was subsequently ported to the Amiga, Atari ST and DOS machines. In 1990 it was ported to a video game console, the Sega Mega Drive/Genesis.
The game is played in a 3D isometric viewpoint and allows up to 4 players.
The game was developed by Will Harvey, Ian Gooding, Jim Nitchals, and Douglas Fulton. This game was developed while Harvey was pursuing his advanced degrees at Stanford University.
Zany Golf is a version of mini golf with some features that are impossible in real, physical mini golf. Zany Golf only consists of half a golf course, i.e. 9 holes, although there is a bonus hole.