Through the fans and games!

It's the late 2000s, a long has been war taking place in the field of gaming with no sign of it ending. Not a war of consoles, or a war of characters. This was a new type of war, a fight between Guitar Hero and Rock Band, 2 heavy hitting, plastic instrument playing, rhythm games that ferociously competed to win the money of young children who dreamed to be rock stars, teenagers that were defiantly not just going through a phase, and adults that wanted to pretend they were children. This is the History of Rock Band and Guitar Hero.

The idea is simple, a game that plays music along side a visual aspect which requires inputs from the player at precise times, usually matching the beat of a song, that is the rhythm genre. The idea was gradually built upon over time to start to include a way for players to more easily input commands or get immersed in the game. By changing the controller to be whatever best suited for the game.

Long before the guitar rhythm craze there was something similar, the dance craze. Dance machines in the arcades and dance matts at home, everyone was going mad for them, stepping on inputs with their feet to match up with the arrows on screen and in time with the music. It was a smart idea, many people didn't feel like they were playing a video game or just didn't associate it with gaming at all, it pulled in a new type of gamer. People also got some exercise from doing it with some games choosing to show a basic calorie counter from each song played.

Other games had come before the Guitar Hero and Rock Band craze, the idea of playing a rhythm game with a musical instrument shaped controller was nothing new. For example, Donkey Konga, the rhythm and instrument based game based around everyones favourite gorilla, was released on the Nintendo GameCube in 2003, just 2 years before the first Guitar Hero game released.

The Fight of the Acquisitions

These games were different to many others of its type, a lot of rhythm music based games either created their own unique music or used music from already existing franchises. Where the Rock Band and Guitar Hero games were different were that they were using 'real' songs, made by bands, artists, producers, etc. This lead into each series cambering to get the best songs on the set list for their new release. After all, people are more likely to play a rhythm game that has songs that are some of the most well known in the world as compared to unknown songs and unheard of bands.

Part way through the Guitar Hero/Rock Band hype songs just were not enough for these 2 high ridding juggernauts, they needed more uniqueness to set them apart from each other. Their eyes moved away from songs ever so slightly to see what else could bring in more music fans, that answer was the artists themselves. Suddenly, well known artists started to appear in their games exclusively, artists such as Slash from Guns and Roses, Hayley Williams from Paramore and Tom Morello from Rage Against the Machine all had cameos in Guitar Hero games, appearing during a song and joining in with the player and moving on stage much like they would do in real life.

This competition to secure songs and artists to appeal to gamers reached an all time high when the 2 started claiming whole bands and their songs to individual games. The like of The Beatles: Rock Band, Green Day: Rock Band and Guitar Hero: Metallica saw games totally devoted to singular bands and artists, a must have for any devoted fan. These games would be near the same in gameplay, but would contain elements of character from the bands, such as music videos, characters and costumes.

Around 2009-2010 the Guitar Hero/Rock Band craze was close to drawing it's final breath. Both games had oversaturated the market with mobile and handheld games, leaving a sour taste in some fan's mouths. Whats the fun of a guitar game if you can't actually use something shaped like a guitar to play? The once special feeling of using a gaming guitar with a group of mates turned into a hassle by this stage. You had to make sure you all had the right guitar for the right consoles. You absolutely needed a shed load of batteries. Also a lottery winners amount of money to buy all the instruments or multiple guitars.

PS: You are pardoned Guitar Hero On Tour: Decades. At least you tried to simulate that rock star feeling as best you could with your attachable guitar grip with finger buttons and guitar pick stylus.

After around 5 years of a break from the rhythm guitar genre, something happened that caught fans by surprise. Around 2015 Guitar Hero and Rock Band both emerged from the shadows (weirdly simultaneously) to once again fight themselves for the name of Best Rhythm Guitar game! Both series did pick up some traction once again, but neither lived up to their past legacy. Some changes were made to refresh the gameplay, such as Guitar Hero Live's realistic video backgrounds and their music live music network which shuffled music and just let you pick up and play. Ultimately this did not captivate players as much as hoped.

The genre slowly drifted away again and people quickly forgot about being the next Guitar Hero. But that's not to say that the real world rhythm genre is going anywhere! Still to this day new rhythm games with new and innovative ways of psychically interacting with the game are being developed and released, mainly in Japanese arcades. What do you think is the next move for interactive rhythm games to take the world by storm? We've had Dance Dance Revolution, Guitar Hero, now what? 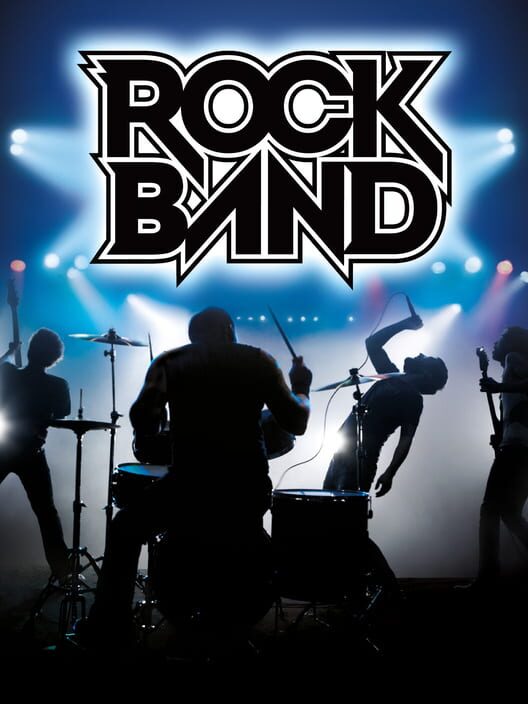